What’s Going On With Nelson Cruz?

So what’s going on with Cruz then? It’s not a protection issue, as he’s been hitting behind Juan Soto and in front of the red-hot (pre-IL) Josh Bell. Cruz does turn 42-years old on July 1 though, so he is eventually going to hit a wall and we did start to see a decline after he was traded to Tampa Bay last July. Is this the end of the line though, or just an uncharacteristically slow start? If the Nats have any hope of trading him at the deadline, they have to hope it’s just a slow start and there are some numbers to back that up.

Here’s Cruz’s baseball savant page over the past three years: 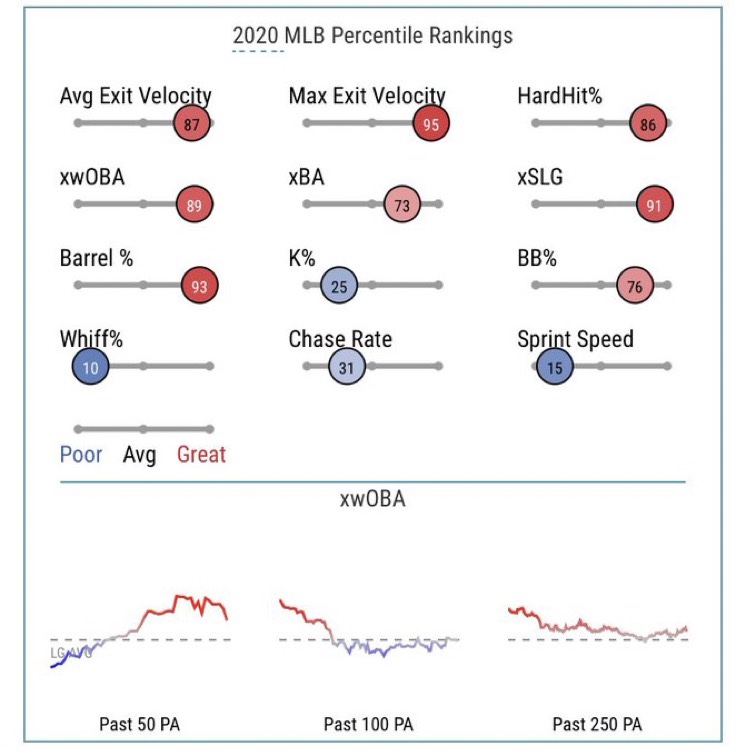 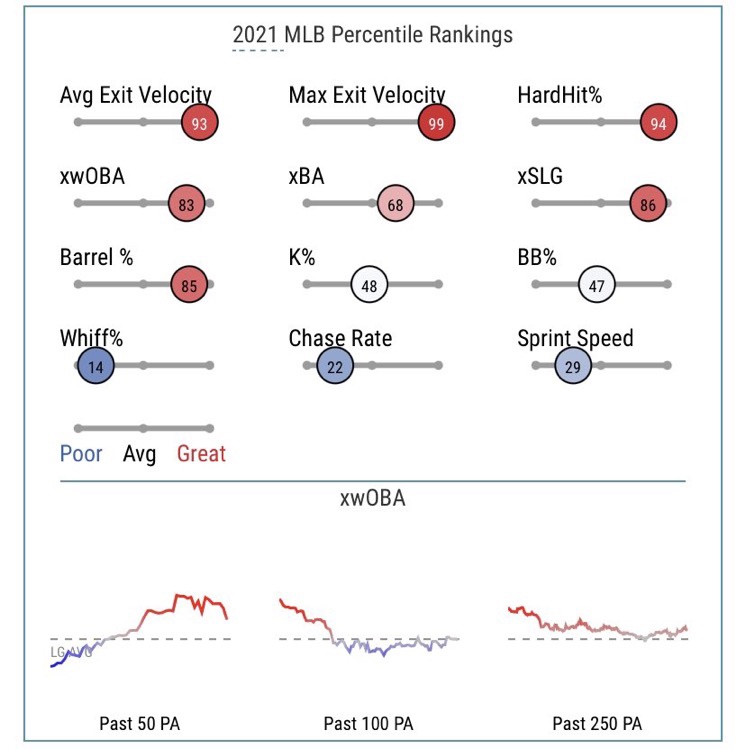 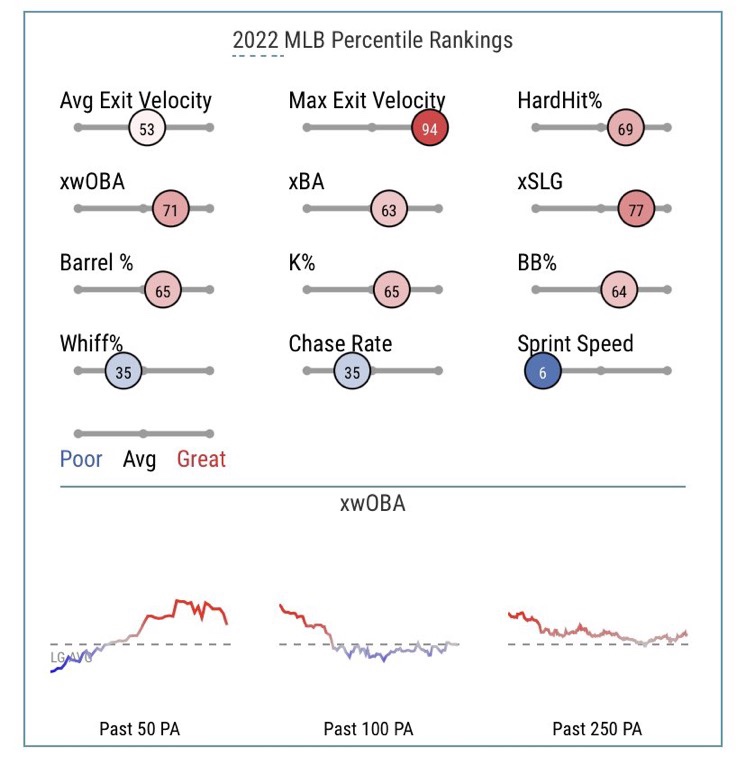 While it’s clear Cruz is on the decline, he’s still hitting the ball fairly hard and the advanced metrics show some bad luck to start the year as well. His barrel % is well below his career average, as are his xBA, xSLG, wOBA and xwOBA. With that being said, those numbers are all still WELL above average compared to the rest of the league. His xBA (.279), xSLG (.533) and xwOBA (.371) are all in the 70th percentile or above.

Going forward, I think it’s fair to expect that Cruz puts up numbers that are slightly below his career norms. With that being said, he should still put up an .800+ OPS. That means that at some point sooner or later he’s going to go on a tear that’s likely going to carry the offense. We saw Josh Bell have an incredibly slow start last season and then go on an absolute tear from June through the end of the year. Based on the advanced stats, that’s what we should be expecting from Cruz too.

The Nats need Cruz to return to form since he’ll easily become one of their biggest trade chips in July, along with Bell. With the universal DH now in place, there will be more competition for his services if he’s hitting. Last year, Cruz was sent to Tampa Bay along with Calvin Faucher and in return the Twins got Drew Strotman and Joe Ryan. While Faucher and Strotman might be afterthoughts, Ryan slotted in as the Twins 6th best prospect after the trade. He was Minnesota’s Opening Day starter this year and currently holds a 1.69 ERA through 3 starts so far. As long as Cruz can return to form, it seems likely that he could help boost the Nats farm system come July.