How to Fix Josiah Gray

When Josiah Gray was traded to the Nationals in the Max Scherzer deal, a lot of hype was surrounding him. He was a top prospect in the Dodgers’ farm system and highly ranked on MLB Pipeline.

So far through his career there have been a lot of growing pains. Growing pains with young pitchers is expected and completely part of the process and young pitchers need to just work through them. The issue, however, is that we aren’t seeing consistent strides through the growing pains for Josiah Gray. The cause of his struggles is the hardest fix in baseball: a bad fastball.

Gray’s run value on his fastball is 15 (not good), gets a 17.9 whiff %, and opponents are hitting .294 against it with a .706 SLG. So if Gray’s fastball speed and movement are above league average then why are hitters teeing off against him?

Late life is great for a fastball, unless your fastball veers into the heart of the plate and a struggle with command makes you miss up (which is the worst place to miss).

Look at the pitch tracker for his fastball. That red zone is where his fastball goes the most. 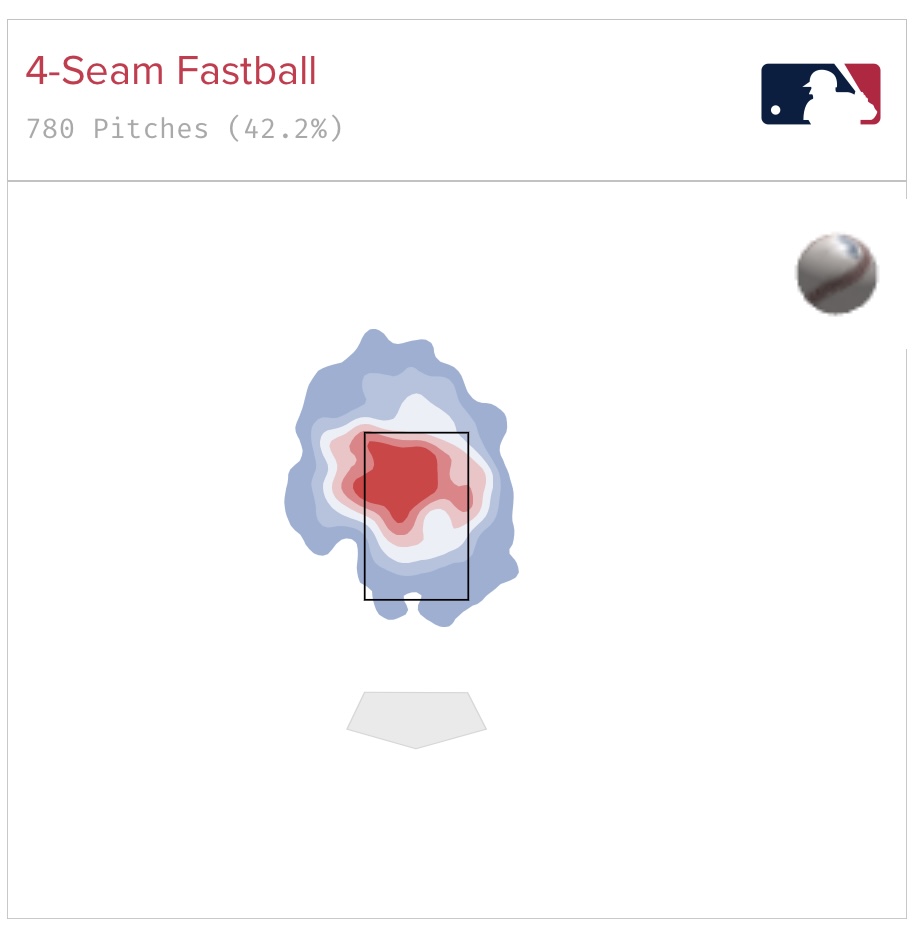 There are ways to help Gray’s fastball and help him make the strides needed to become a better pitcher. Gray needs a pitch that moves away from lefties and one that is also tough on righties. The good news is that he now has a sinker, but he’s only thrown it 8 times and each one has missed up in the zone so it’s a work in progress.

The sinker can be a fantastic tool for Gray and one that can really change his future. Let’s look at the value a sinker provides against righties and lefties.

The Tampa Bay Rays churn out pitchers at an unreal rate so let’s tap into their plan with sinkers because recent history shows that it works.

The Rays’ pitchers hammer sinkers to same batting hand hitters.  73.4% of sinkers thrown by RHP were to RHB which is the 3rd most in baseball. Why is throwing sinkers as a RHP to right handed batters smart? 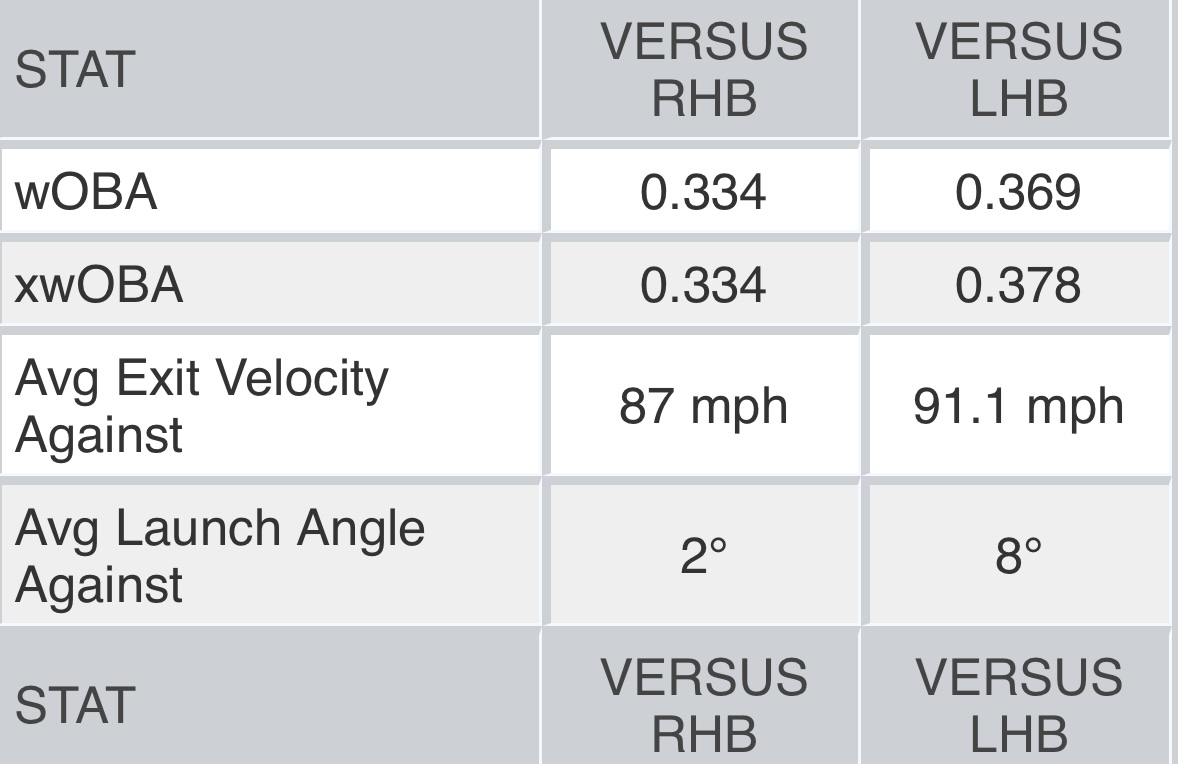 Sinkers help the fastball against left handed hitters which is something Gray really needs. If a pitcher has secondary pitches that look similar and break both ways then a lefty has to wait a little longer to see if a pitch that starts down the middle is breaking inside or out to the outside of the plate.

When the batter has to do that, it makes fastballs inside more effective because they’re not as prepared for higher velocity. If the change has similar spin and run to their primary fastball it can be even more effective because hitters can’t distinguish which pitch it is and they’ll be way early or swing over it since the slower change will drop more than a fastball too.

The key to pitching development really barrels down to a simple point: pitch usage. There are a lot of ways to develop pitchers, most of them being very complicated. Pitch usage is the easiest one that any organization (yes, even this one) can use to help. So let’s all hope the Nats can get Josiah Gray to develop a sinker because history suggests it’ll go great.